Everything is happening now – the present tense in fiction 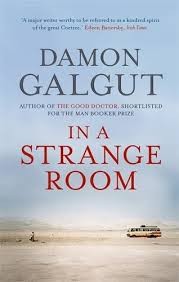 I have always had trouble fully locating the present moment. This is worrying, given that we are supposed to live in the present. If the present moment is our only home but I can’t grasp it, then what’s left to inhabit – a continual reminiscence or an anticipation of the future? But the past is over and future is fictional – it may or may not exist.

To try to grasp the present moment I sometimes turn to fiction. Fiction is experiential and emergent, no matter what tense it is written in. But fiction and the present tense have an uneasy relationship.  At the moment novels and fiction written in the present tense seem to be proliferating, not least on my desk – two of the three novels I am currently reading are written entirely in an unfolding present moment. Is the current taste for present tense fashion, an effective literary device, or does it signal something innate about our cultural moment?

In 2010, a spat about the present-tense erupted in the press; it was the kind of controversy that must have seemed arcane and cloistered outside of literary circles. In that year, judges on the Man Booker Prize became worked up about the fact that three books on the shortlist presented a confluence of present-tense narratives – C, by Thomas MacCarthy, Room by Emma Donoghue and In a Strange Room by Damon Galgut. Philip Pullman, one of the judges, commented publicly this obsession with emergence, calling it a ‘wretched fad’ and accusing its practitioners of ‘an abdication of narrative responsibility.’ Pullman decried the abandonment of the past tense in all its guises – pluperfect, imperfect, simple and historical pasts.

It’s true that the past tense has more flexibility and more tenses; then why use the present at all? The present tense is a literary device and like all devices is employed for effect. The key is to be found in the term itself – tense governs tension. As a random sample, here are a couple of lines from Helen Walsh’s recent novel, The Lemon Grove, which employs the present tense to gripping and eloquent effect: ‘From nowhere, she feels the air-rush of someone coming up right behind her. She clutches her handbag to her chest and tightens her elbow to her ribs. A hand grabs her by the shoulder and pulls her back. It’s his; him.’

The present suits Walsh’s 275 page novel, which is set over a fortnight of a summer, and has the feel of a suspended moment, a fever dream. But, as with any device, there are advantages and disadvantages, restrictions and freedoms, which the writer must carefully consider, especially for a novel-length piece of fiction. But the choice of tense also has wider implications and effects that reach far beyond technique and into the real of the metaphysical. Which brings me back to my lifelong deficiency in truly inhabiting the present.

The present tense, neurologically speaking, lasts between 1.8 and three seconds. Experimental psychology experiments show that any stimulus lasting more than three seconds can’t be grasped by our consciousness; any longer, and we begin to consign it to memory, memorializing, correcting, adjudicating – or, conversely, we begin to anticipate the next moment, already congealing on the outskirts of the present. We are living in a current of past and future moments masquerading as presentness.

But also, what we take to be the present is a very slightly delayed past. The reality of the moment is like a tape delayed broadcast, carefully vetted by the brain for information before it reaches us. Neurologist and writer David Eagleman describes it thus: ‘[The brain] is trying to put together the best possible story about what’s going on in the world, and that takes time.’ This is why, Eagleman argues, that in life- threatening situations, time seems to slow down because the brain really is slowing it down; it is thinking very hard about what is happening and what the possibilities for action are. The present tense is an edited past and the moment we think of as coming next has in fact already happened.  In his seminal essay ‘The Dimension of the Present Moment’ Czech poet Miroslav Holub doubts whether the present tense exists, at least in life. ‘I strongly suspect that we simply happen in segments and intervals,’ he writes. ‘We are composed of flames flickering like frames of a film strip in a projector, emerging and collapsing into snake-like loops on the floor, called the just-elapsed past.’

The present tense in fiction is simultaneously constructed from this cognitive lie but also ignores it.  The present tense slows down time long enough for the characters – and by association the reader – to inhabit it. But in privileging the present moment, the writer denies any possibility of perspective or choice in how to view the proceedings.  Jenny Hendrix, writing in the New Yorker blog, comments ‘the present…doesn’t allow us this process of choice: it is happening now, and so it is the only thing that can happen. Everything is given equal weight because we haven’t yet had time to judge its relative importance.’

The corralling of the reader into a perpetually emergent present tense runs the risk of exhausting her.  The equal weighting of each occurrence that Hendrix notes is echoed by Pullman: ‘If every sound you emit is a scream, a scream has no expressive value. What I dislike about the present-tense narrative is its limited range of expressiveness. I feel claustrophobic, always pressed up against the immediate.’

For much of the history of the novel in English, the present tense has been employed in a duet with past tense narration, as in Dickens’ Bleak House. In this mode, bookended by the past, it seems to come into its own; it allows the present to be used to what I think is its best effect: an oration, often rhapsodic, signaling intensity and significance, which emerges out of a past tense narration, for effect. The reader is exhorted to experience the moment as the character or narrator does, on the same level of consciousness. There is a captive, suspended quality to the present. Its cinematic parallel is the hand-held camera.

As lecturers in creative writing my colleagues and I are often called upon to dissect the relative virtues and pitfalls of tense. ‘Tense can dramatically change the style of a story,’ says Henry Sutton, Senior Lecturer in Creative Writing on the MA at the University of East Anglia. ‘Present tense can be lively, urgent, in your face almost, and more contemporary-feeling. It demands immediacy. If your fiction/story doesn’t want or feel to be any of those things then you might have a problem using it,’ he says. ‘Meanwhile the past tense can command a sense of authority, seem a little more traditional, and conceivably distant.’

Julia Bell, who teaches at Birkbeck, has written several young adult novels using first-person present tense narration. ‘I think that life has to be lived in the present tense so it’s a simulation of that, up to a point,’ she says. ‘But it’s also a sleight of hand because you are persuading a reader that narrator is telling the events of the story as they are happening in a kind of running commentary – which in itself can be exhausting. I’ve used it in my novels because it’s the voice of a teenager – teenagers don’t really have a past tense yet – the world is very present to them.’

Urgency and immediacy – these are the strengths of the present tense. But also a sense of a breath held for too long. As Philip Hensher commented during the fracas in 2010, the present tense is often turned to provide a quick tonic for writing which lacks conviction and tension. ‘Writing is vivid if it is vivid.’ The present tense used to be a rarity in fiction, Hensher points out. Its use alone signaled that something important was about to happen, it exhorted the reader to sit up and take notice. But if we are kept in a constant state of anticipation and alertness we begin to fray at the edges, to fumble for distinction and importance. In a perpetual present tense the counterpoint effect of pitting present against past is lost.

The present tense may also somehow reflect a contemporary experience of being. Richard Lea has commented in the Guardian that ‘as the pace of modern life accelerates, the present that we're all living in seems much more immediate, much more fragmentary. In a world of Watergate and Wikileaks we're much less prepared to accept a final version, an official story. The internet, mobile phones, Twitter: all gnaw away at our capacity to reflect; all push us to experience life as a series of unconnected moments.’

The past will soon be edited to fit our expectations, and the future will certainly contain less errors. In the meantime we live stranded in this interstitial place called the present, truncated by a restless consciousness, but which simply is. There is no time for editing, no time for hope. This is likely why it appeals to readers, in fiction – it is like watching a film, a life emergent and becoming, unslurred by the false consciousness which governs the real business of living.

What I feel, when reading the current crop of present-tense novels that grace my desk, is that the present promotes the emotional frequency of the confessional, and within it – as in many self-admonishments – an appeal for understanding, perhaps for absolution, although from what is not clear. From fate, perhaps. It is always happening, it comes in a rush, it is hard and fast, as life itself is: a hit-and-run stalker, a chaperone, a curious shadow, no friend, necessarily but the water we are moving through. An appeal. I didn’t know, because it was happening to me. And in its false innocence we recognise our predicament.